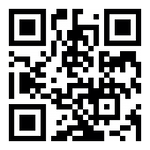 字是官方数字的15到40倍：
https://www.dailywire.com/news/british-scientific-advisers-claim-chinas-outbreak-could-be-15-to-40-times-worse-than-reported-report-says 火化炉总数：30+18(武昌)+7+7+5+7+12=86，2/小时，按20/日算，每天烧1700，这还不算外地来支援的几十辆火化车 12*500*86/18=28666，除以2531：隐瞒了10倍左右 MARCH 28TH, 2020
British Scientific Advisers Claim China’s Outbreak Could Be ‘15 To 40 Times’ Worse Than Reported, Report Says
By Ryan SaavedraDailyWire.com
BEIJING, March 6, 2020 -- Chinese President Xi Jinping, also general secretary of the Communist Party of China Central Committee and chairman of the Central Military Commission, delivers an important speech at a symposium on securing a decisive victory in poverty alleviation in Beijing, capital of China, March 6, 2020.Xinhua/Ju Peng via Getty Images
Facebook
Twitter
Mail
Scientific advisers have reportedly told British Prime Minister Boris Johnson that the Chinese communist government has downplayed the true extent of the coronavirus outbreak in their country and that the real number could be “15 to 40 times” higher than what China has reported. “Mr Johnson has been warned by scientific advisers that China’s officially declared statistics on the number of cases of coronavirus could be ‘downplayed by a factor of 15 to 40 times,’” The Daily Mail reported. “And [the British government] believes China is seeking to build its economic power during the pandemic with ‘predatory offers of help’ [to] countries around the world.'” According to a Johns Hopkins website that tracks the coronavirus pandemic, China currently has reported approximately 82,000 cases and 3,300 deaths. A Washington Post analysis cautioned against viewing the numbers out of China as being accurate. The Washington Post reported: An article in the journal Science estimates that 86 percent of Hubei’s cases were undocumented by the time authorities extended the lockdown to Wuhan and other cities on Jan. 23. It is also likely that officials reported lower numbers of deaths from covid-19, the disease caused by the coronavirus. Especially once the central government’s propaganda mission to win the “people’s war” against the virus became clear, numbers shifted to achieve that vision. Such shifts would probably be subtle — not hundreds or thousands of hidden deaths, but instead excluding deaths that could be attributed to other types of pneumonia or heart failure, for instance. Bloomberg News reported this week that thousands of urns at funeral homes in Wuhan, combined with cremation statistics, raised further questions about the accuracy of numbers that China has reported. China also has a history of downplaying outbreaks and not reporting accurate information on the outbreaks. On April 21, 2003, during the SARS outbreak, The New York Times reported that China admitted to under-reporting the total number of SARS cases: In a rare public admission of failure, if not deception, the Chinese government disclosed today that cases of a dangerous new respiratory disease were many times higher than previously reported, and stripped two top officials of their power. […] Admitting to the existence of more than 200 previously undisclosed SARS patients in military hospitals, the official, Deputy Health Minister Gao Qiang, said that as of Friday Beijing had 339 confirmed cases of SARS and an additional 402 suspected cases. Ten days ago, Health Minister Zhang Wenkang said there were only 22 confirmed SARS cases in Beijing. Last Wednesday, the World Health Organization caused a stir here by estimating that there could be as many as 100 to 200 cases. The Mail reported that top officials within the British government are furious that China has tried to falsely blame the United States for the outbreak. “There is a disgusting disinformation campaign going on and it is unacceptable,” one source told The Mail. “They [the Chinese government] know they have got this badly wrong and rather than owning it they are spreading lies.” Another government source told The Mail regarding the U.K.’s relationship with China, “It is going to be back to the diplomatic drawing board after this. Rethink is an understatement.” “There has to be a reckoning when this is over,” another source told The Mail. A fourth source told The Mail, “The anger goes right to the top.” There has long been speculation that China was not being honest about the true extent of the outbreak in their country, especially since they downplayed the outbreak at the outset, and reportedly silenced doctors and journalists. The Wall Street Journal reported earlier this month on China’s attempts to downplay the outbreak of the coronavirus when Wei Guixian, a seafood merchant in Wuhan, became ill with the disease. The Journal reported: For almost three weeks, doctors struggled to connect the dots between Ms. Wei and other early cases, many of them Hua’nan vendors. Patient after patient reported similar symptoms, but many, like her, visited small, poorly resourced clinics and hospitals. Some patients balked at paying for chest scans; others, including Ms. Wei, refused to be transferred to bigger facilities that were better-equipped to identify infectious diseases. When doctors did finally establish the Hua’nan link in late December, they quarantined Ms. Wei and others like her and raised the alarm to their superiors. But they were prevented by Chinese authorities from alerting their peers, let alone the public. One of the first doctors to alert Chinese authorities was criticized for “spreading rumors” after sharing with a former medical-school classmate a test result showing a patient had a coronavirus. Another doctor had to write a self-criticism letter saying his warnings “had a negative impact.” Even after Chinese President Xi Jinping personally ordered officials to control the outbreak on Jan. 7, authorities kept denying it could spread between humans—something doctors had known was happening since late December—and went ahead with a Chinese Lunar New Year banquet involving tens of thousands of families in Wuhan. The New York Times also reported that China acted “decisively,” but not against the virus, rather they acted “against whistle-blowers who were trying to call attention to the public health threat.” Two weeks ago, the Financial Times reported that Taiwan reportedly warned the World Health Organization about the outbreak in December, and that the organization did nothing with the warning. Read more in:
China,Coronavirus,COVID-19
Comments
195
DAYS UNTIL ELECTION
Don't miss a beat of our coverage.
yours@example.com
VIEW 2020 ELECTION PAGE
The Daily Wire
Store
Advertise With Us
Book our Speakers
Help Center
Contact Us
Privacy Policy
Terms of Use
Careers
Internships
FacebookTwitterInstagramYouTubeRSS
? Copyright 2020, The Daily Wire